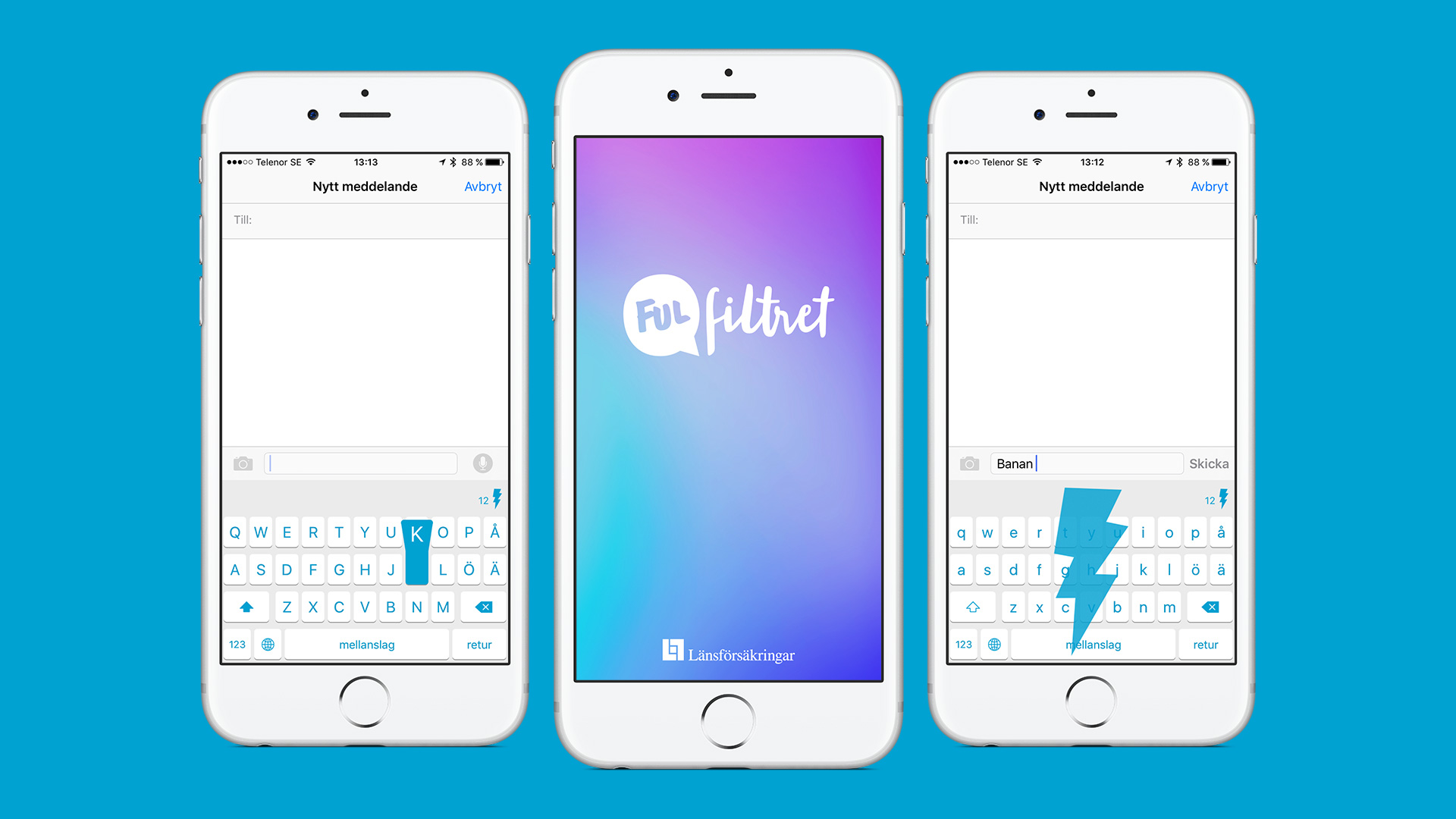 Fulfiltret is a custom keyboard that filters out nasty and mean Swedish words and replaces them with kind words. Swear words, name-calling and taunts are turned into compliments, kindness and happiness. The second a mean message is created, a nice one is sent instead.

As an extension to the Fulfiltret campaign two interactive billboards were created. By applying a touch screen surface to ordinary billboards and rebuilding them into giant phones we created a real time chat between two locations in Gothenburg. Users could send messages to each other. The billboards contained the same functionality as the custom keyboard app had.

Nominations & Awards
Guldnyckeln 2016
Nominated in the categories “Finance and Insurance” and “Consumer goods and Services”.