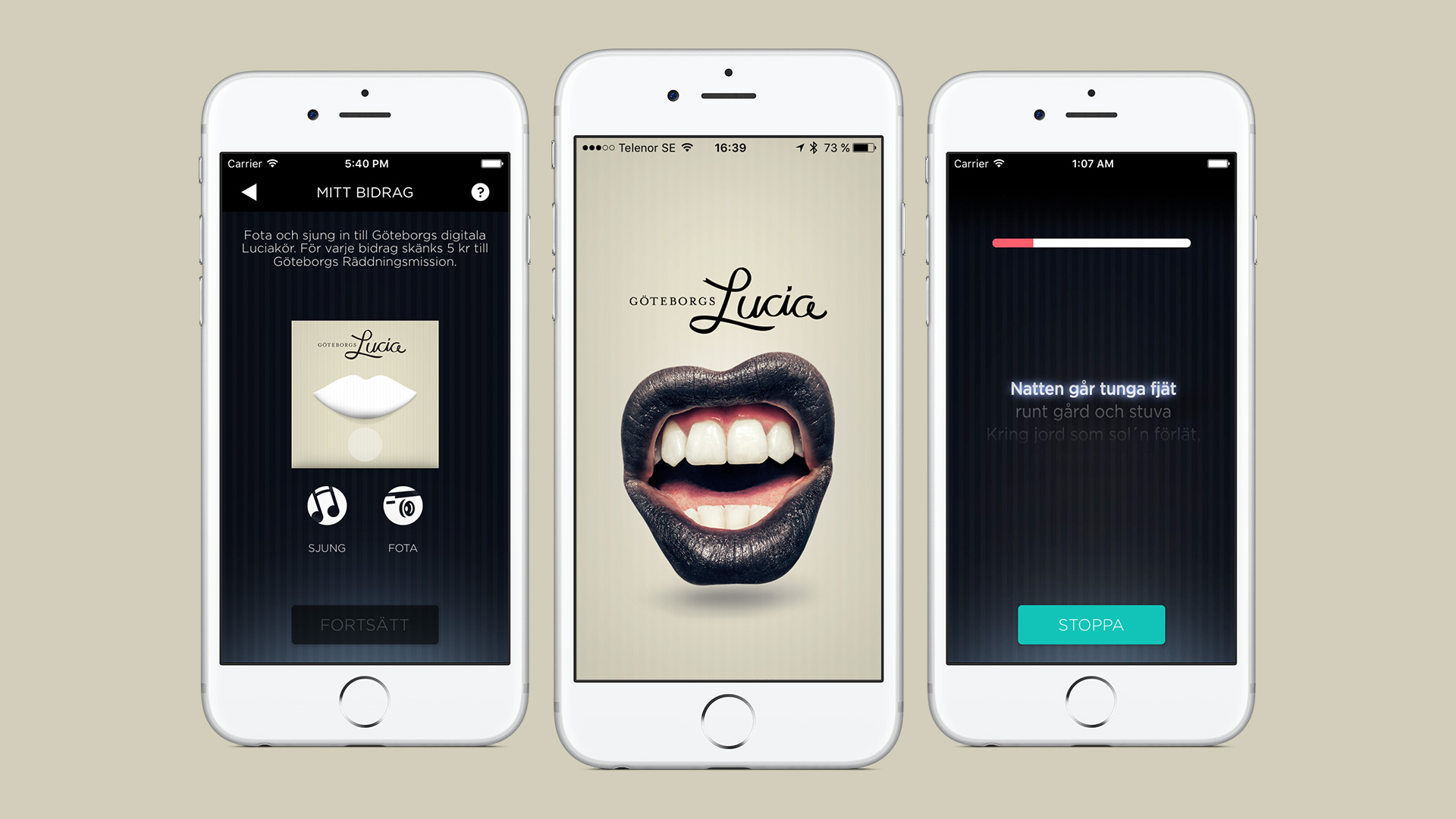 Gothenburg’s Lucia is a contest where people vote for their favorite person to be crowned the city’s Lucia. But, for the 2013 edition of this tradition, we felt that a change was needed. What Lucia has been over the years isn’t really what we thought reflected today’s society. We wanted the contest to be more inclusive, and felt that a way of achieving this was to move away from beauty ideals. So we made a quite radical change. Everything about looks was completely removed. Instead of portraits, voice samples were recorded through an app.

The contributions were published on a campaign website, and an expert jury picked seven finalists. And anyone could make a contribution, no matter what age, background or identity you had. It was all about your voice, because that’s what counts. Exactly what we called our campaign; ”Det är rösten som räknas” – ”It’s the voice that counts”. Then, it was time for the public to make its voice heard. By calling and voting for their favorite, 9,90 SEK went straight to the Gothenburg Rescue Mission. Meaning that the voice really did count, in several ways. And with all the contributions that were sent in through the app, the world’s first digital Lucia choir was projected onto the Gothenburg Art Museum just before the winner of Gothenburg’s Lucia, Sandra Johansson, was crowned. With nothing in our media and production budget (pro bono), the project went viral and nation, and during two days, it was the most shared news in Sweden. A national debate came to life and in Gothenburg, it was proven that in the end, it really is just the voice that counts.